"Creatures of the Covenant, the path is broad, and we shall walk it side by side.”Prophet Of Truth

The Covenant are one of three playable factions in the mod Sins of the Prophets (SotP).

The Covenant Empire, also referred to as the Covenant, was a theocratic hegemony made up of multiple alien species that maintained control over a large portion of the Orion Arm in the Milky Way galaxy. The Covenant was a political, military, and religious affiliation, originally a mutual alliance between the San 'Shyuum and Sangheili following a brutal conflict between the two warring races. Its expansion to include at least six other races united in the worship of the Forerunners and the Halo Array soon began after the original formation.

The Covenant waged a genocidal campaign against humanity, until they were formally defeated due to many factors - the most crucial of which was an internal conflict. Whilst the Covenant's leadership was either lost during the Flood infection of High Charity or during the Battle of Installation 00, the Covenant continues to exist even after the conclusion of the war. A splinter faction of Sangheili loyalists remains known as the Covenant Remnant; this terrorist group is deemed hostile to Humanity, breaking the truce formed at the end of the initial war with the Covenant. They have been seen to field large numbers of warships, but their true power, and indeed the number of Covenant involved with their activities, is unknown.

It is also unknown in what capacity the other parts of the Covenant continue to exist, or even if any other fragments of this once-great empire remain.

The Covenant is noted to be very different gameplay-wise to the UNSC, almost considered a polar opposite. As a rule of the thumb, almost every Covenant ship can be countered by three human equivalents, but are more expensive and harsher on fleet supply to limit the number which can be constructed. Their superiority can be contributed to a number of reasons, such as their powerful weapons which deal consistent damage throughout the engagement and their shielding ability. Because of these factors, in most cases a fully-upgraded full-sized Covenant fleet can crush its human counterpart, but there are drawbacks to this strength: They lack almost any planetary defenses, meaning a small portion of your fleet must be kept back to defend even tiny invasions. 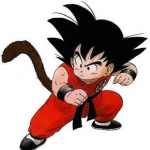 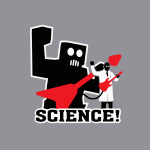